Give the tree a drink

Melbourne's inner suburban parks and gardens are littered with ugly crash barriers. They are filled with water and via a dripper line, water our drought ravaged trees. Now any gardener knows that trees need water at the tips of their roots, not around the base of the trunk. The tips of the roots are usually near the outer drip line of the tree and nowhere near the trunk.

I understand Melbourne City Council is paying 13 cents per day per barrier to have these barriers located and maintained. Perhaps fourteen cents would have ensured the dripper line was long enough and correctly postioned.
Posted by Andrew at 11:56 am 5 comments:

Don't like being called ugly? Well, I did not mean it. My blog readers are all of the most attractive variety.

When we, my brothers and sister, were growing up, I don't think we were ever told to not call someone ugly. It was kind of instinctive. Instinctive in that we knew we would be in trouble if we did. At worst even now I might say that a person is rather plain looking, unlike R who might describe them as being bashed with an ugly stick. (that still make me laugh) But even he would not directly say someone is ugly, well not because of their looks anyway. We have all met ugly people, and it is not their looks that make them ugly.

Guessed where I am heading yet?

Come Sunday night I will be with my family and my nephew celebrating his twentieth birthday at some pub in the monocultural Langwarrin. While my vcr may be taping something, it certainly won't be Ugly Betty. I thoroughly dislike the whole show without even having seen it. I don't care if she is swan waiting to happen, a person too nice for this world or whatever. It just goes against what I believe. Thank god they chose an unfashionable name and there won't be too many Bettys copping it in the school yard next week.
Posted by Andrew at 11:41 am 4 comments:

I have had to change to the new blogger. The sky has not fallen in but I now have two google identities.

Meanwhile I just went across the road to the shop and all the building's doors are released and unlocked. The stairwell has been pressurized, making it very hard to open a door and the car park exhaust system is on. It is obviously some glitch somewhere. I have called our security company and they are dealing with it. Feel free to come and roam around the building.

And this must be a record. Today the previously mentioned speed hump has been levelled out and is quite ok now. I think I sent the email Monday and by Thursday it is fixed. Sometimes you do have a small win.
Posted by Andrew at 9:42 pm 3 comments: 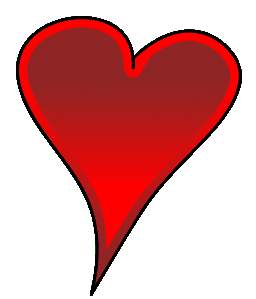 If you can't get a fork, try a spoon.
Trampoline

For a change I am not nagging City of Port Phillip, this time it is City of Stonnington. On a street I travel on often on my way to and from work, a speed hump was installed. I have never seen anyone speeding in this street but it is busy enough for a side street.

This street receives a lot of council attention and a cynic might suggest that this is because ex politician Barry O. Jones is a resident of said street.

Firstly this speed hump is unusual. It is not a smooth speed hump but a very sharp one. 20kph be damned. More like 3kph. It was installed and a City of Stonnington engineer has told me that it did not comply with regulations and has now been modified. Modified it was. I can't drive over it without the bottom of my car scraping, at any speed. By the marks on it, many other cars are scraping over it too.

So the council installs a speed hump, modifies it to meet regulations and then will no doubt modify it again to comply with god knows what. What a waste of ratepayers money, thankfully not mine. But my council knows how to waste money just as well as Stonnington.
Posted by Andrew at 9:11 pm 4 comments:

Of all the music clips I have uploaded to Youtube, one keeps getting comments, day after day after day. Apart from the comments I have deleted because they were rude, racist or nasty, there are still thirty odd comments. They are generally quite favourable. It puzzles me that the comments come from many people who were barely born when David Bowie's China Girl was released.

Perhaps the eighties wasn't so bad after all.

(Argh. I just actually watched the whole clip from start to end and as one commenter said, it is a censored version. On the hunt again!)
Posted by Andrew at 2:25 pm 4 comments:

I think I came across the link at Ren's blog but no matter. Have you ever seen Aussie wildlife photography better than this? Sthimply Sthunning.
Posted by Andrew at 7:50 pm 2 comments:

The day was bright and sunny and not too hot. It should have been perfect weather for Midsumma's Carnival at Treasury Gardens. But oh the wind, wind like I have not known in Melbourne ever. It was coming from the east with great force. Not the stongest wind I can remember but Melbourne rarely gets easterly wind and certainly not that strong. It usually means rain, but not in this case.

However, we survived the wind at Carnival. We met up with our dyke friends for a while, but otherwise wandered around looking at stalls and the talent of course. Actually, although things improved late in the afternoon when the trendoids appeared, it was quite reassuring earlier to realise that while a few people have stunning bodies and perfect skin, the vast majority do not. We were quite at home.

As per usual, long queues for food, drink and toilets and usheltered areas at stages and in the alchohol compounds. The layout was quite different to last year and I guess better. If I was Dulcie De Jour who hosts the dog show, I would be having a tantrum right now about the location of the dog show.

We were home by five and endured the evening listening to the wind howling under the balcony door. Normally the wind slams shut the bedroom windows but not this time. It was trying to suck them open. Along with that, the stove exhaust fan was whirring away, wind propelled.

Today is sunny again but lovely and still. I have been out for a bike ride to Port Melbourne, took a few snaps, had coffee, did some Post Office business and home. I have often wondered what is along the beach from Beacon Cove towards the west. Well, today I found out!!! Purely as a distant observer of course.
Posted by Andrew at 12:33 pm 2 comments:

Well, buy up coal shares and you will make a killing.

Now that we have to buy tanks to catch rainwater for our use and recyle our used water, you will need a supply of coal to produce gas for household use.

The power stations are going to give us one hit of the electric per day, so you will need batteries to store it and some electric producing equipment for the luxuries, such as lighting.

Sharpen your shovel for some extra exercise that won't do you harm. You need a nice sharp shovel to dig a hole to bury your body wastes.

At work the other day I noticed that a 44 gallon drum that became a 205 litre drum has now been reduced to 200 litres. 200 or 205, you will need one of these empty drums to incinerate your household rubbish.

If you care to give me some vegies from your garden, I will be most grateful, so long as you can assure me that they aren't watered by run off from you standing in a shower with each foot in a bucket.

Turning the clock back isn't it? Well so is indivdual supply of your own water. What is the point of having a centralised water supply authority if they cannot supply water and our governments are encouraging us to collect our own water.

Did my ears hear correctly? 95% of Australians would be happy to drink recyled storm water? Yet it is a much lower percentage who would drink recyled sewerage. Well, while there won't be much human faeces in storm water, think of what flows down the gutters of our streets.
Posted by Andrew at 8:46 pm 4 comments:

I poured us a generous slug of scotch. Cheers, said R. Up your skirt, I replied. I am not sure where my toasting words come from but I didn't make them up.

It would seem every male in Melbourne has turned into a photo snapping pervert. Well, four anyway have been caught. Those caught have been taking surreptitious photos up women's skirts in public places and in one case, in a shower.

Modern women's clothing leaves so little to the imagination at times, I am surprised that these blokes aren't satisfied with what they can so freely see.

Now if it was a bloke wearing a skirt, well you could see outlines of his equipment perhaps or at least a bulge or perhaps if he was wearing loose boxers you could see?????

But really, what it the point of taking photos up a woman's skirt? You're not gonna see anything. Is my homosexual bias showing?

In the interests of research, I just checked upskirt.com and it is a pay site. Upskirting.com brings no site, so I guess that is where the pics are uploaded to on the net and it has been blocked.
Posted by Andrew at 7:51 am 1 comment: