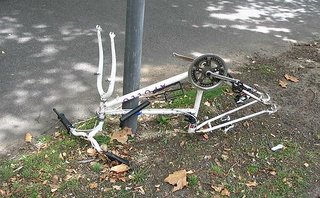 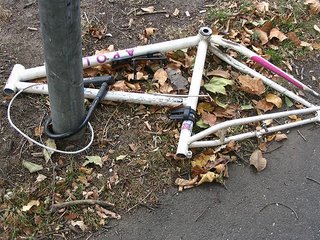 Year 2003: Intact bicycle locked to a sigpost. No pic.

Year 2004: Pieces have started to disappear from bicycle

Year 2006: No one could see anything left on bicycle to remove, so decided that it would look fine suspended by one of it's own cables

Should I have contacted the council for them to remove it? No, it amuses me the few times each week that I see it.
Posted by Andrew at 8:23 pm