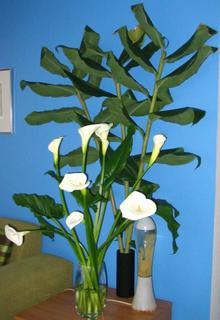 This is totally hypothetical of course, but I would be interested in some folks responses.

A 60 year old Aussie bloke has a 35 year old boyfriend who is from a Pacific island we will Fudgee. The b/f is hard work, moody but also hospitable. While their lives are very much intertwined, they also have outside relationships. The Fudgee guy even has another permanent 'friend'.

We caught up with the Aussie guy last night in a social setting and he had a friend with him who also comes from Fudgee. He was very nice looking, pleasant to talk to, socialable with everyone and has a proffesional position in his own country.

But the internet must be a small thing in this country of Fudgee. Aussie's b/f had lined up to meet the visitor on his last visit to Fudgee but the guy rejected him. Oh well, that happens. You take it on the chin.

But then this Fudgee visitor turned up as a house guest of Aussie guy. Total co-incidence, but as I said, internet must be small in Fudgee.

Aussie's b/f is annoyed and orders the visitor to leave the house. Aussie guy brought the friend along to our social gathering, but was on the way to the airport to send the visitor home early. Aussies's b/f did not turn up, although invited.

Messy hey. Aussie had been very good to his b/f from Fudgee.

Although I was absent because of work, R hosted a meal tonight for some friends and Aussie guy and the b/f turned up and the b/f was somewhat apprehensive. Was public opinion, ours, going to be against him for ordering the vistor out? The bringing of arums and leaves must have been a guilt thing as he knew we would have known about it.

He really is a prick though. What do you think from the messy tale above?

I feel I ought not talk about friends in this way publicly, but then no personal friend I know reads my blog, so it does not matter I suppose.
Posted by Andrew at 11:18 am