Why ask one succinct question when you can ask twenty? I was not working, just your average tram passenger and this guy asks me if the tram goes to St Kilda Junction. I told him no and then he asked several other questions before finally getting to a question that would satisfy him. Where does this tram turn off St Kilda Rd. High St I told him. He was happy with this and alighted at High St. But why on earth do people have to ask so many questions before asking a meaningful one? I should have just said, 'dunno mate'.

I must remember to take my walkman in future....actually all I need are the buds in my ears and I can pretend I can't hear people, including beggars, on the street sales people, touts, old Chinese women asking me to go across the street and get a Chinese paper for them, and charity collectors.

Catalyst was quite interesting this week. Lots of stuff on why two people are attracted and they suggest it is mainly down to the activation of certain brain chemicals. They began the show with a set up speed dating. One male participant had a reasonable sized honker, although not large enough to spoil his looks. It got me to wondering how nowdays you seldom see anyone with an excessively large nose.

Obviously they all have them fixed up by sugery. There was a time when I may have been tempted to have mine reduced, not that it is that big, but now it is just one more of my defects among the many that ageing has brought to me. Get used to it honey, it ain't gonna get any better.

Posted by Andrew at 7:35 am No comments:

After the fourth outing with the shopping jeep, I am starting to master it. Who could imagine such a simple thing requires quite a bit of thought and practice to use. I have a new respect for old ladies who use them all the time.

You also become very aware of what it must be like in a wheelchair.......gutters, bumps, debris on the ground, footpaths narrowed by shop displays and tables and chairs. One wheel locked up as I was walking through Fawkner Park, courtesy a fallen Moreton Bay Fig. By the time I reached the park from Chapel St, I was feeling quite hot, but then as I stepped into the park, the temperature dropped by maybe four degrees under the trees. Very pleasant indeed.

Unrelated (although I think all pollies should have a go at using a shopping jeep) I was disgusted by the perfomance of the Mad Monk, aka Tony Abbott, on Lateline last night (about 2/3rds through the transcript). What a bloody liar. He reminded me of a school kid caught in a lie and squirming. An older friend has sexual fantasies about him and imagines him in leather and tied up. He certainly deserves a severe spanking for telling whoppers. I believe his religion approves of self flagellation as punishment. Score, Tony Jones 1, Tony Abbott 0.

I confess. I have never been into a juice bar. They terrify me for a combination of reasons.

They are full of young hip people, and I no longer either.

They play loud music not to my taste, well some. (Only music I like is allowed to be played loudly, and then only if I am in the mood, got that!)

I think eating a bit of fruit is probably a better way to get your juice and certainly is much cheaper.

But primararily, I know I am going to look like an idiot. I don't know what combos of juice can go together and I will enevetibly end up asking for an orange juice and can you add a bit of sugar to it please?

Sadly others I know don't go into juice bars either, so until I can find a kind and experienced teacher, I shall remain a juice bar virgin and stick with the cans of Berri orange juice.

Posted by Andrew at 1:02 pm No comments:

Here is your geography lesson kiddies. We have a dear friend who stayed with us for a week a couple of weeks ago. She was on holidays, here in her home town, from Hirosaki in the north of the main island of Japan. She teaches English and has signed up for another year with Nova, http://www.teachinjapan.com/

Hirosaki is one of the more famous places to see cherry blossom in season and the autumn foliage sounds wonderful. It also has a beautiful castle and is not too far from the snow monkeys who bathe in the hot water springs. It is not a big city, but a small regional town where some of the old ways are still practiced. Our friend loves the town and is enjoying herself very much. 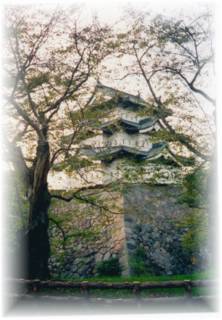 Not quite a timely post as it has now finished. I took my niece along last Friday. What an assault on the senses as you leave the train platform and straight into the rides area. For a moment I had a thought that the whole show would be so noisy, but it wasn't.

It was interesting enough, even though I have seen it all before and my niece is good company. We were there only a few minutes before running into my niece's mother's best friend and her kids. The usual small world.

The showgrounds is to be extensively redeveloped after the closing of this year's show. Not before time. While I am prone to nostalgia, I have none for the very many unpretty buildings. The chairlift will be dismantled and will not reappear. Not quite sure why you need a chairlift over the show.

My aging bones don't like thrill rides anymore so I was happy to watch my niece go on a big dipper type ride and the Mega Drop. We both went on the Simulator which was fun and although I was assured by the ticket seller it was not rough, it was.

My favourite moment was my niece immediately knowing that the cattle resting were bulls and not cows. Probably because their very large accoutrements rest to one side. Hope their handlers take great care with their heavy agricultural boots.

Why is this blog called High Riser? Well, I live in a high rise apartment block and you could of course read other stuff into name too. I could puzzle for a week over a clever name but this one came quickly and easily.

Posted by Andrew at 2:02 pm No comments:

I don't like it others and I try not to be like that, but already when setting this blog up with the details and profile etc, it looks pretenious. Oh well.

It is not the first blog I have started. The first I deleted after one post. I only showed it one person, a dyke friend and she found it quite amusing. It was a bit of nonsense about how to empty your toilet bowl of water by putting a long, double, length of toilet paper a bit down the S or P bend and the wick effect slowly removes the water.

Sadly her lupus medical condition has caused terrible complications with her kidneys and heart and she is at major hospital awaiting a heart transplant. It is so sad for someone who is 42, so fit and so vital with so much to live for. I am not a religious person but before sleeping one night last week, I did say the lord's prayer for her.