The cult of So 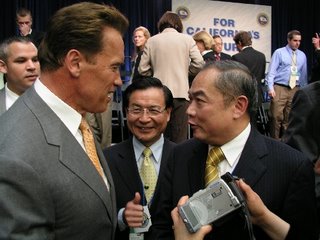 What is going with Melbourne's Lord Mayor So? He is applauded and cheered everywhere he goes. I understand that a commercial radio station takes the mickey out of his fractured English, but it is more than that. He has become a cult figure.

I believe he received resounding cheers at a music festival when he was on stage. He certainly did at Midsumma Carnival. It became almost embarrassing at the Commonwealth Games. A popular Lord Mayor. I have never heard of such a thing.